On the Responsibility of Photographers to Provide Questions not Answers

Evidence – the word weighs heavily on photographers. A photograph, although known to be the least reliable of artefacts (as I’ve written in these pages before) carries the mythical weight of ‘evidence’ – evidence that something actually happened. A photograph is a myth disguised as a fact. Photographers of all varieties might be better off appraising the substantive weight of a photograph in a more reliable way – as that of the reliable questioner rather than the harbinger of unquestionable truth. The maximum evidential value of a photograph is found in the questions it raises but never in answers it importunes.

When we pick up a camera and frame a shot we are becoming expert in one thing – the composition of that image at that time. Certain photographers like Antoine D’Agata and Antonin Kratochvil have sometimes eschewed deliberate composition but most photographers use the viewfinder both to include the elements that they see as necessary and to exclude all those that are not. This calculation in any composition will necessarily leave almost the entire world out of the image. What we, the viewers, will see of the photographer’s gaze at the moment of exposure is the sum total of everything that wasn’t excluded in the real-time editing process that goes into taking a picture.

The resulting photographic view from any single exposure cannot be relied on as an objective truth that will be received by everyone in the same way. We (and I include the photographer themselves in this) cannot possibly triangulate all the available data and come up with an objective truth. There are exceptions to this such as forensic photography where prosaic and reliably gathered data can perhaps provide evidence of an objective truth but, for most other purposes we have to rely on the view being presented to us as evidence that the photographer was witness to the events as depicted and that this depiction reliably communicates the most urgent and truthful aspect of the scene in question. This assumption relates as much to landscape photography as it does to images of conflict. In almost all cases the photographer is judge and jury on what constitutes the best image. We have only his or her say to go on. This means that every photograph is subjective and has no inalienable claim to objective truth.

In the last paragraph I’ve laid out why we should view any narrative depicted in a photograph with suspicion but I excluded images made for purely abstract, artistic reasons – images that attempt to communicate something that is, perhaps, unsayable in any other way. A photographer need not tell his viewer how life is lived. But a photographer can raise questions about existence that force the viewer to reflect on the conditions of their own existence. Alternatively, when it comes to aesthetics we might tire quickly of someone showing us a picture of something that they believe contains a complete explication of objective beauty. However we can become transfixed when we see the work of a photographer whose aesthetic approach is a private journey of comprehension on which we are invited to become fellow travellers. When we sense that the photographer is showing us a glimpse of their attempt to understand the world – the questions they are asking themselves – without showing us their conclusions, then we can join them on their own journey without being excluded by anything so crude as an attempt at a statement of fact.

To give you two example of very different photographers whose work has enduring power owing to the questions they raise rather than the conclusions they draw, please consider the work of Tony Ray-Jones and Saul Leiter. Ray-Jones’s seminal 1974 book, A Day Off, sets out in documentary form to show the British at leisure. It has become one of the great works of British documentary photography not because it defines the subject but because it raises the right questions. Ray-Jones was too sensitive to believe that his work could attempt to define the British at play. By allowing his pictures to trace, with the lightest of touches, the form of the people and the environment he sort to depict, he allows something grand to happen; the viewer must raise questions of their own relationship with the world. If you’re British then you will consider the images against your own experience of the people you know and the country you live in. If you are foreign to Anglo Saxon culture, when it is set so lyrically as it is in the pages of this great book, you will be forced to consider your own.

Saul Leiter raises questions of universality which do not seek to represent any particular culture or formal organisation. Through the use of colour and form Leiter queries what it means to live in a world which is abstract until we impose meaning on it. For Leiter there is no objective meaning to be found in his work. We understand that he is feeling his way, navigating the world image by image. It is futile for artists and documenters to co-opt photography to provide confirmation of their discovery of a certain truth. It is not possible to do more than capture the sense of a thing, to offer compositions to which it is impossible to append a full stop.

Notes on the Images

These images were shot in the Marlborough Sound which is the expanse of water connecting the North and South islands of New Zealand. There is no way of defining this place (or any other) so the best I can do is to break the whole into tiny pieces. I focus on some of them and hope that, in presenting them together, I can raise enough questions in the minds of the viewers that provoke an instinctive reaction and through this a connection with the place depicted.

Let me know what you think... Cancel reply

This site uses Akismet to reduce spam. Learn how your comment data is processed. 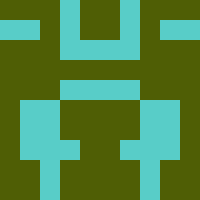